Getting the right diagnosis: My 6 year diagnosis story

We all remember when we were told of our diabetes diagnosis, but imagine being told twice. Our very own certified diabetes educator (CDE), Coach Alicia, shares the story of her double diagnosis.

I was a 20 year old in college, and like most motivated college kids I was burning the candle at both ends. But it got to the point that I could NOT get through a day without a nap. The exhaustion was way beyond not enough sleep, something was wrong. So I went to a doctor I found near my campus from a random list provided by student health services. When I went to my first diagnosis appointment my random blood sugar taken in the office was high and since I was overweight the doctor announced that I had type 2 diabetes. They gave me a prescription for Metformin and Glipizide and was also ordered a glucometer. I was told to get my morning blood sugars under 120 and to not eat carbs. They told me that diabetes was a serious disease and it would kill me, but that if I lost weight and did not eat sugar that it would go away on its own. (That was the grand total of the education I was given.) So I left the office, called my parents and told them of my diagnosis (who were hysterical and certain their baby girl was going to be blind and in and out of comas like a friend back home was) and went to the grocery store to buy every zero carbohydrate food I could get my hands on. I never did find out what my A1C was back then.
But the coming months were miserable. Wracking stomach aches that I attributed to hunger pangs from my new diet, but which were actually side effects of a pancreas stimulating medication on a pancreas unable to meet the demand. Pounding headaches from a brain trying to keep up with the demands of academia without the glucose needed to fully function. But I did drop 30 pounds in just a couple months (which should have been a dead give away of a problem to an observant physician) and my A1C came crashing down. The doctor told me, “See you lost weight and your diabetes went away, you cured yourself” and took me off all medication with no planned follow up care.  I left the office thankful for dodging a bullet. I continued to maintain a lower carb diet, nothing as strict as those months, but was mindful of weight and the “dangers of carbs.” Fast forward 6 years and, like most healthy 20-somethings, I hadn’t really been to the doctor for much beyond my annual dental cleaning, GYN exam and eye doctors visits. Like many healthy young people, I figured there was no need for annual physicals until I was older. (Big mistake.) But when I got married and was thinking about pregnancy, I figured I should really see my doctor and get an all clear. This time I did some research and found a local provider who came highly recommended for taking time with patients and being thorough without being alarmist. She ran a full panel of blood work to take a look at my overall wellness and a couple days later I got a call from the doctor. (You know you’re in trouble with the doctor is calling, not the Medical Assistant.) She asked me to come in immediately, my fasting blood sugar was 475 and my A1C was 12.9. Here was my second diabetes diagnosis. We discussed at that point the many different kinds of diabetes (way more than 2) and possible causes. It was likely that being athletic and keeping well-hydrated as a singer was protecting me from the ravages of DKA. This time I went for stat blood work including a C-peptide test and antibody testing. My C-peptide test showed that I made very little of my own insulin, and the titers showed that I had high numbers of anti-pancreatic and anti-islet cell antibodies, indicating that my pancreas was under autoimmune attack and had lost its ability to properly produce insulin. I learned a new word that day LADA (latent adult diagnosed autoimmune) diabetes, a form of type 1. At that appointment, my doctor taught me how to self-inject basal and bolus insulin and set me up with a correction factor and carb ratio. She also set me up with appointments with a nutritionist and a diabetes educator. Within a few months, my A1C was in the 7s without starvation diets or painful side effects. Less than a year later, I started an insulin pump and knew that I wanted to become a certified diabetes educator (CDE), to help educate other people to live their best life with diabetes. Diabetes is a complex disease, with a lot of possible causes. It is important to ask for full testing and to get an educated diagnosis. There is no substitute for thorough education and good communication with your doctor. 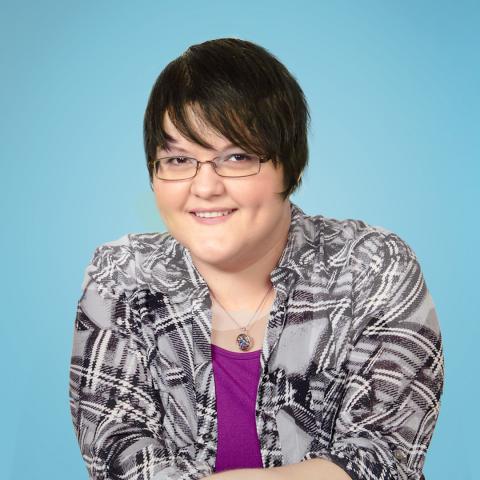 As mySugr’s very own certified diabetes educator (CDE), Alicia’s diverse nursing career has given her experience with a broad range of clients and a variety of health conditions in addition to diabetes. She’s a fierce advocate for the needs of her patients, whether it be in overcoming insurance restrictions, obtaining community resources, or coordinating with school systems and medical providers.

When not helping others, she can be found acting on stage, singing with local bands and creating award-winning steampunk and cosplay designs for herself and her family.

Should you be afraid of insulin?

Today on Coaches Corner, Scott talks with mySugr coaches Kristen and Maggie about if insulin is something to be afraid of.

Can you cure diabetes? on Coaches Corner

Curing or reversing diabetes is often seen on tabloids and in headlines around the web. mySugr Coaches Kristen and Maggie go into detail on big questions of if it’s possible to reverse...

Nobody really likes to talk about long term complications of diabetes. It...

Here at mySugr, we know that managing diabetes is more than just...