Connected by heart and pancreas

Life can be full of challenges. That might not be news to many people.

Some of the challenges are fun to take on whereas others just make you wonder: “Why did this happen to me?”.

When I was diagnosed with type 1 diabetes at the age of 11, I probably asked myself this question more than usual. Nevertheless, as I became more familiar over the years with how to manage my life with diabetes well, this question started to vanish. I adapted to my new lifestyle and started to appreciate the lessons it teaches me constantly.

However, 2018 turned my whole picture of life with diabetes upside down. For one, I learned about mySugr, the company where I am currently employed and surrounded by many amazing people, who make diabetes suck (a lot!!!) less. Without a doubt, one of my greatest enrichments in 2018. But then, another unthinkable thing happened that changed everything. And this is the story.

February 23, 2018 – A day I will never forget. It was my boyfriend's birthday week. On Friday I had presents and a cake waiting for him. We planned a weekend full of fun activities with family and friends and I was so looking forward to it!

He arrived at my place, unwrapped his presents and we ate one of his (now) favorite cakes. We talked about all different kind of topics when he started to address some physical symptoms he noticed throughout the past couple of months. Increased thirst, weight loss, fatigue as well as the urge to use the bathroom at least 3 times every night were some of the things he mentioned. We briefly talked about those symptoms in the past, but I never thought much about it before. This time, the realization hit me like a ton of bricks. I jokingly said those are typical signs of undiagnosed diabetes and offered to check his blood sugar. He agreed.

I grabbed my blood glucose meter (BGM) and put a drop of his blood on the test strip. My heart started pounding. Thoughts were running through my head like “Come on Sarah! What are the odds? You have checked plenty of people’s blood sugar and nothing was ever wrong.” Two seconds later, I could feel the expression on my face changing instantly. The screen showed a value of 32.2 mmol/l (570 mg/dl). Wait, whaaat?! We checked one more time. Similar result.

I was in shock and couldn’t say a word. After I pulled myself together a little bit, I told him the number (he knows what normal is). The first thing he said was, “that’s probably from the piece of cake I just ate.” I explained that this is impossible. And even though I’ve lived with diabetes for more than 13 years, I was too overwhelmed to know what to do. I called the ambulance and asked for advice. They recommended going straight to the hospital or he might suffer from diabetic ketoacidosis (vomiting, acidic blood, and eventually comatose).

Long story short: On that Friday, my boyfriend was diagnosed with type 1 diabetes too. He spent more than a week in the hospital and I was there every day to be with him during the training and starting therapy. Even though he speaks German almost perfectly, it’s not his native language. All of those difficult medical terms were quite overwhelming at first. It helped a lot to have me as his translator and “living example” to make things a little more comprehensible.

Of course, I felt super sad about his diagnosis. I never worried about me living a great and perfectly normal life with diabetes, but I never wanted anyone close to me to go through the same. In retrospect, my boyfriend says that he did not want to leave me alone with this and that apparently, we’re connected by more than just the heart. So bittersweet!

But no worries. I can tell you that life as a diabetic couple can be pretty amazing. I guess the “best” part about us both having diabetes is that we know exactly what the other feels. We remind each other constantly to check our blood sugar or to inject insulin. When one of us has a hypo, the other one is there with some juice. When one feels tired and exhausted, the other one has a lot of understanding. And of course, when one of us runs out of needles because he/she was out, the other one has plenty left to offer. It is these moments that make our lives a lot sweeter.

From all I experienced in 2018 I can now say that I feel like no matter the challenge, there’s something valuable to be found in every test life throws at you. If it’s the people you meet along the way or the experience you gain to then support others: you will be rewarded in some way. 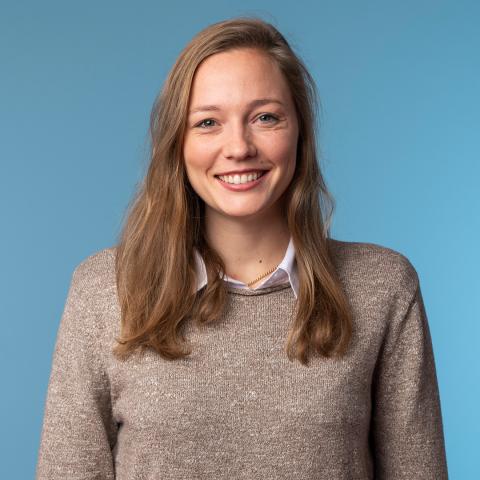 Sarah-Maria has been with mySugr since the end of 2018. In her role as Global Communications Manager, she is responsible for Event coordination, Global PR as well as Crisis Communication. Previously to mySugr, Sarah-Maria has lived in Belgium and the United States for her studies and tennis. Sarah-Maria is living with Type 1 Diabetes since October 2004 and writes about her personal experiences, such as diagnosing her boyfriend with Type 1 Diabetes, on our blog.

Multiple studies have shown that finding support in your diabetes experience can help you manage the stress and burnout associated. Group situations allow people to find the support and encouragement of others...

Hi, my name is Jamie and I was diagnosed with Type 2 diabetes in 2018. Last year, I took part in the “Virtual London Marathon” and want to share ...

Why Regular Checkups Matter If You Have Diabetes

Although diabetes is a medical condition, it is really a lifestyle as...

We will post here all relevant updates regarding Smart Search’s return.

What you should know about proteins!

Proteins can not only be delicious, they are also vital building blocks!...