How The Liver Influences Your Sugar Metabolism

Did you know that the liver plays a big role in your blood sugar metabolism? Here, we’ll explain how it works and what the impact is. To begin, start by thinking of your liver like a pantry.

After being digested, sugar from your food flows directly to the liver, where most of your body's own sugar reserves (also called glycogen) are stored and released “on demand”. Having glycogen reserves is critical so that your brain always has energy. Your brain’s favorite source of energy is sugar, so your body is very practical about keeping it well-supplied.

Next, your liver refills its storage tanks that were used up between meals. Your liver still thinks like a caveman – it’s never sure when your next meal will be, so it’s ruthless about packing away sugar, just in case.

The Liver As a Sugar Store

Between meals, your liver and kidneys (sugar is also stored there) are responsible for keeping your blood sugar level consistent.

The liver usually releases about 2mg sugar per kg of body weight per minute. So, if we do the quick math: this makes about 200g glucose that is released for a person that weighs 70kg per day.¹ ²

Sounds like quite a lot, right? And depending on your stomach-scope, it might even be a bit more than that. The more insulin-resistant you are, the more sugar spills out of the liver.³ Especially in phases without food intake. If you produce too little insulin, the sugar can't enter your body’s cells. Your cells then signal that they need more sugar. The liver then continues to release more sugar to the blood and without insulin, it remains there. Muscles also have stored supplies of sugar. Your muscles, however, are a little more selfish than the liver and don’t let go of their stores so easily. They want to be well prepared for activity!

Of the sugar that is released into your blood, your brain alone consumes about 130g/day.⁴

Ever have more food cravings when you’re stressed? Well, your brain uses more sugar when it’s under pressure and doing a lot of thinking, that’s why!

But back to the liver: For the above-mentioned job of keeping blood sugar levels consistent, your long-lasting (basal) insulin, or basal rate for pump users, has to appropriately balance the constant slow release of glucose from the liver. But there are tricky times when the liver changes jobs and releases considerably more or less sugar into the blood.

For example, when processing alcohol out of your system, it isn’t releasing any glucose. The liver can release glucagon as a counter-regulation if we do NOT eat carbohydrates to increase blood sugar.

However, it can’t do this when it’s busy breaking down alcohol.⁵ It’s important that we either inject less insulin to avoid hypos due to too much insulin or EAT more carbohydrates when drinking. Only when the liver is done working on the alcohol will it get back to sending sugar out into the blood.

When you are drinking, your liver’s job is to detox your body of alcohol. Instead of acting on the signals that the glucagon is giving to produce more glucose, it continues to break down the alcohol in your system, rendering the administered glucagon virtually useless.⁶

The carbohydrates from food are metabolised via insulin. If you don’t lower your insulin or eat extra to compensate, you may be surprised by low blood sugars.

Extra sugar is also pulled from the liver when your blood sugar drops too low. A colorful cocktail of glucagon, stress, and growth hormones causes the liver to send extra sugar to the blood. This hormone reaction can last many hours!

This reaction is partly to blame for the rebound highs many people experience after dealing with a low.

The Liver Gives and Takes

Don’t forget about your liver’s obsession with refilling storage tanks!

After it loans you some stored sugar to help with hypoglycemia, it will repay itself as soon as possible! Your sugar stores are supposed to be well-stocked for the next emergency or next phase without food.⁷

If your liver storage levels have been low for a long time, for example, throughout the night or after an intense bout of exercise, and the liver has drained all of its storage, you may find that your next meal disappears into the liver stores!

That means you’ll want to be cautious and conservative with any insulin doses, or you’ll end up fighting low blood sugars again. Remember what we said, lows beget lows! Treat your lows as quickly as possible and expect your liver to replenish the reserves as soon as possible. 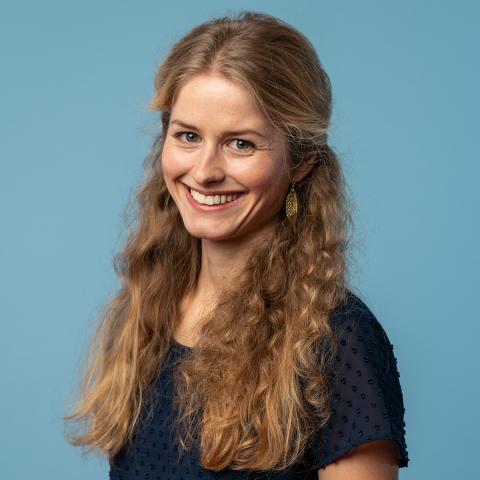 Michèle Hofer is our Principal Diabetes Coach and has been a dedicated mySugr monster tamer since 2017. She is a certified dietician and certified diabetes educator DDG (German Diabetes Association) and studied Health Care Management at WU Executive Academy in Vienna on a part-time basis.

Michèle found her specialization early on in diabetology. She has supported people with diabetes in all forms of therapy for many years already. Before diving into building up the online coaching department at mySugr, she gained editorial experience working for Burda Publishing House.

When Michele isn’t helping tame the diabetes monster, you’ll find her on the playground with her little daughter or cooking.

Ladies! Does your monthly cycle regularly mess with your blood glucose levels? That’s right. Along with stomach cramps, chocolate cravings and mood swings, periods have yet another surprise in store for...

Why Regular Checkups Matter If You Have Diabetes

Although diabetes is a medical condition, it is really a lifestyle as...

Since there are also challenges in the mySugr app, we started our...