Here at mySugr, we’re on a mission: To make diabetes suck less. To do so, we want to rid the world of pesky diabetes rumors. There’s a lot of misinformation out there which can be harmful and counterproductive for those living with and without diabetes.

At mySugr, we want to make diabetes suck less for those that live with it and improve the understanding of those that don’t. We reached out to diabetes monster tamers and asked them to tell us about the diabetes rumors they’re tired of hearing. They ranged from silly to downright frustrating, and we’re ready to bust them all!

Want to start asking and answering better questions about diabetes? Never fear! The mySugr myth busters are here to help!

Myth #1: You Must Have the Bad Type of Diabetes If You Wear an Insulin Pump.

The assumption that type 1 diabetes is the ‘bad’ kind of diabetes is one that’s made often. Many people who don’t live with diabetes themselves are under the impression that injecting insulin as a type 1 means that your diabetes is far more serious, but does this somehow imply there is a ‘good’ type of diabetes? We hate to break it to you, but there isn’t. Type 1 and type 2 diabetes are both monsters that need taming, it’s just that there are different ways of doing so for each one.

Let’s get back to basics. People with type 2 diabetes have bodies that resist insulin and pancreases that don’t produce enough of it. Taking insulin isn’t always a part of diabetes therapy for those living with type 2. Type 2 diabetes can often be managed by maintaining a healthy diet and regular exercise.⁶

People with type 1 diabetes are unable to produce insulin and require insulin intake. Insulin can be delivered via needle and via a pump. An insulin pump is a nifty little gadget, giving people with diabetes more freedom and a firmer control of their monster.

An insulin pump works by mimicking the human pancreas. It delivers small doses of short-acting insulin automatically throughout the day and variable amounts (that need to be inputted manually to the pump) when a meal is eaten.³ So, in short, an insulin pump has both basal and bolus insulin covered.

While there are many advantages to using an insulin pump, there are also some downsides. Everyone's diabetes monster is unique. An insulin pump is not for everyone and each individual should decide the best way to tame their monster.⁴

Find out even more about insulin pumps in these articles:

A diabetes diagnosis can often be overwhelming and confusing and you may start wondering about all the areas of your life diabetes will affect. One thing you shouldn’t fret about is family planning!

Gone are the days when a diabetes diagnosis made having children seem impossible. Just because your body struggles to produce insulin doesn’t mean it will struggle to get pregnant. Your diabetes monster will require more attention throughout your pregnancy and also during the “planning phase,” but will not take away your ability to have children.

Since hormone levels change throughout pregnancy, your insulin dosage will need to be adjusted regularly. It’s important that your diabetes team supports you throughout the duration of your pregnancy and helps to keep your blood glucose reading in range.

And there’s no need to worry about your children inheriting diabetes. The genetic disposition can be passed down, but not diabetes itself.

In this article, Marlis, one of our mySugr monster tamers living with type 1 diabetes, talks about her pregnancy experience.

Myth #3: You Only Need to Inject Insulin When You Eat Carbs.

Imagine a world where you only have to think about insulin at carb o’clock. Would be nice, right? But diabetes monsters need love all day long, not just at mealtimes. Bolus insulin is a short-acting insulin specifically taken at mealtimes. It helps to keep blood sugar levels under control.

But bolus insulin isn’t the only star of the show. People with diabetes also need a continuous supply of insulin so the body can manage normal blood glucose fluctuations. This is called basal rate insulin. Basal insulin mimics how healthy bodies steadily release glucose while fasting, into our blood to supply our cells with energy.¹

Basal insulin is released throughout the day to keep blood glucose levels consistent. Carb time isn’t the only time bodies with diabetes need their insulin fix!

The flu makes us suffer from high fever, sweats and no appetite…Your body’s got enough to deal with, right? Worries about diabetes shouldn’t be thrown into the mix! Research shows that infections can trigger diabetes in those that possess the genetic disposition, but there’s no way the flu alone causes diabetes.

A diabetes diagnosis is the result of a combination of factors. But don’t panic! Not everyone with the genetic disposition for type 1 diabetes develops it. So the next time you’re out of action because of the flu, worry about getting better and not about getting diabetes.

Myth #5: People With Type 1 Diabetes Are More Likely to Get Sick

No way, José. Living with diabetes doesn’t make you more prone to coughs and colds. It’s not your monster’s fault that you got sick, but it might be more difficult to tame until you’re better. Managing illness and diabetes together can get complicated.

To combat illness or infection, the body will release extra glucose into the blood. In people with diabetes, symptoms might be intensified and blood sugar can be more difficult to manage than usual. If you’re trying to deal with diabetes alongside a frightful flu, it’s a good idea to check your blood sugar level more often than usual.

Although it makes things harder, don’t blame your diabetes monster the next time you’ve got the sniffles. We all get sick sometimes and the chances of catching that nasty cold are the same whether you’re living with or without diabetes.

Myth #6: You Can Treat Low Blood Sugar With Insulin.

We’ve seen it far too many times in movies. There’s that one character with diabetes and oh no, they’re having a hypo! Cut to their castmate reaching straight for the insulin pen. But we’re here to tell you to step away from the insulin!

People with diabetes can experience low blood sugar, otherwise known as hypoglycemia (a hypo or a low), after missing a meal, not getting enough carbs, taking too much insulin and due to a couple more scenarios. When a hypo happens, what’s needed is a fast acting carbohydrate. Great examples include some sugary soda, glucose tablets or fruit juice. These carbs can easily be converted into sugar and will help put an end to that low.⁵

In fact, this misinformation can cause some problems. People with diabetes sometimes feel judged consuming something sweet. They may be indulging their sweet tooth or trying to put an end to a hypo.² Either way, all kinds of food are fine for people with diabetes to eat.

Making assumptions about what people with diabetes should and shouldn’t eat is something to avoid. A balanced diet will no doubt help to keep blood sugar levels in check but that doesn’t mean a life without your favourite sweet treat. If candy is included in a healthy meal plan or combined with exercise then it’s all good. The key is to treat yourself a little not a lot, making it much sweeter when you do.

Myth #8: Your Pancreas Is Useless If You Have Type 1 Diabetes.

Living with type 1 diabetes? You can still be pals with your pancreas! Producing insulin isn’t the only thing on its agenda. The pancreas helps your body out with digestion, releasing enzymes that break down fat, carbs, proteins…the list goes on! It’s also busy converting peptones into amino acids, many of which are essential to the human body. So type 1’s, we urge you to show your pancreas some love! Living with diabetes doesn’t mean living with a good for nothing pancreas.

An improved understanding of diabetes is good for everyone. Whether you live with or without diabetes, it can often seem overwhelming and just downright confusing. If you want to know more, it’s great to ask, but try not to assume. Let’s bust those diabetes rumors and start having more open and constructive conversations about type 1 diabetes.

Hey, over here! If you’re a journalist that landed on this article while researching diabetes, we have another piece for you. Here you will find hints and tips on how to use the right language when writing about any kind of diabetes: https://www.mysugr.com/en/blog/10-tips-writing-diabetes/

All information in this article is based on the following sources:

3. What is diabetes? National Institute of Diabetes and Digestive and Kidney Diseases. 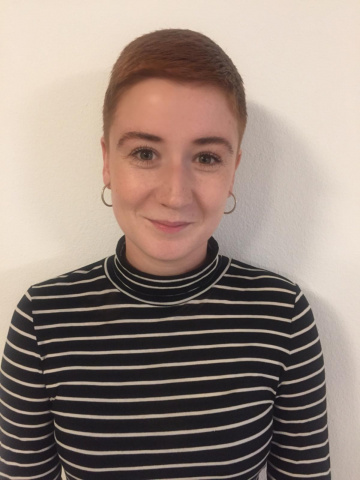 Molly is a bookworm and a writer. Before coming to mySugr, she worked as a teacher and completed her Bachelors degree in English Literature and History. She's passionate about mySugr's mission to make diabetes suck less and always wants the work that she does to help people in some way. In her spare time she loves to read, draw, listen to 80s music and hang out with her cat, Zsuzsi.

What is the Right Diet with Diabetes Mellitus?

If you listen around in your circle of friends, you get at...